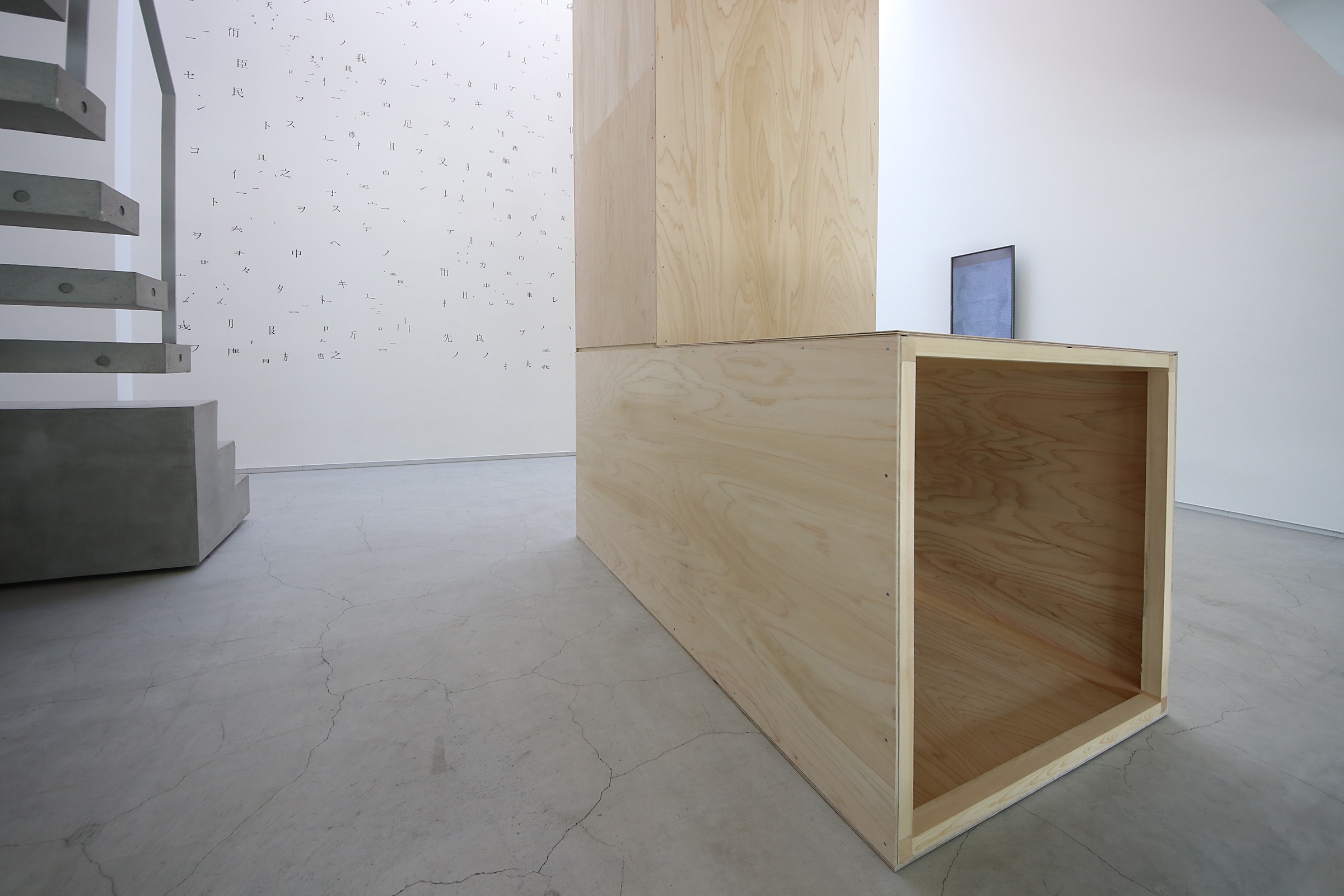 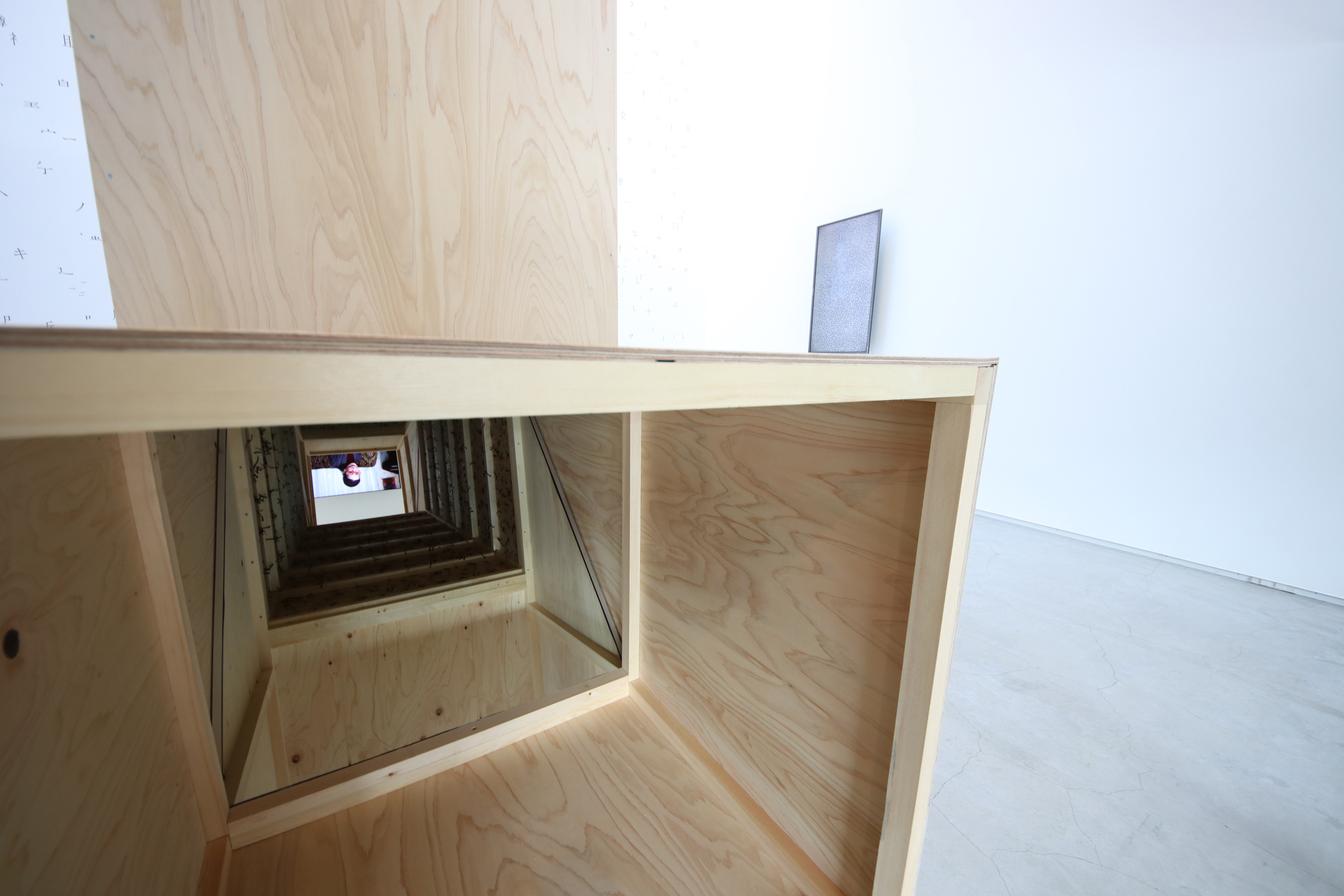 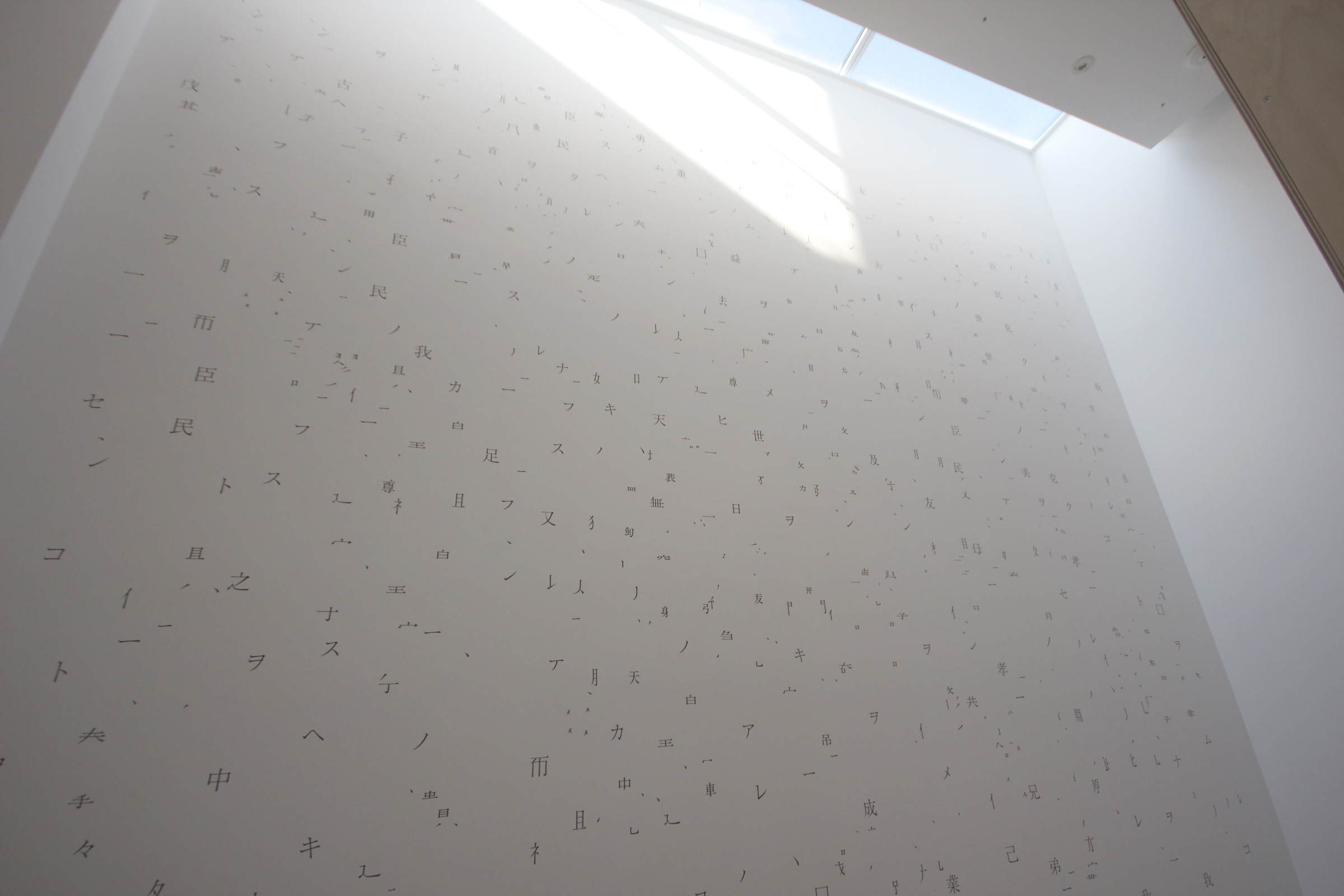 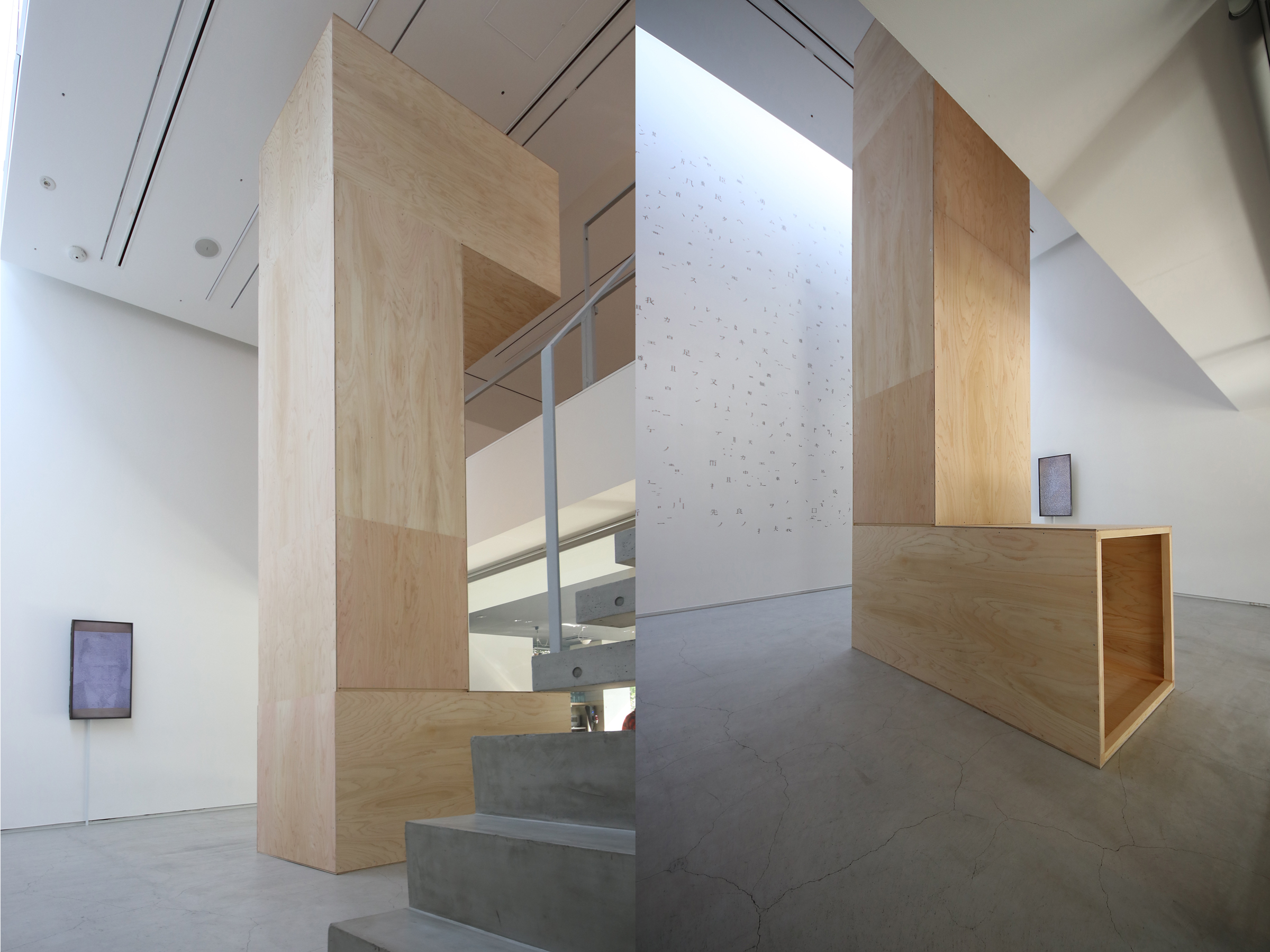 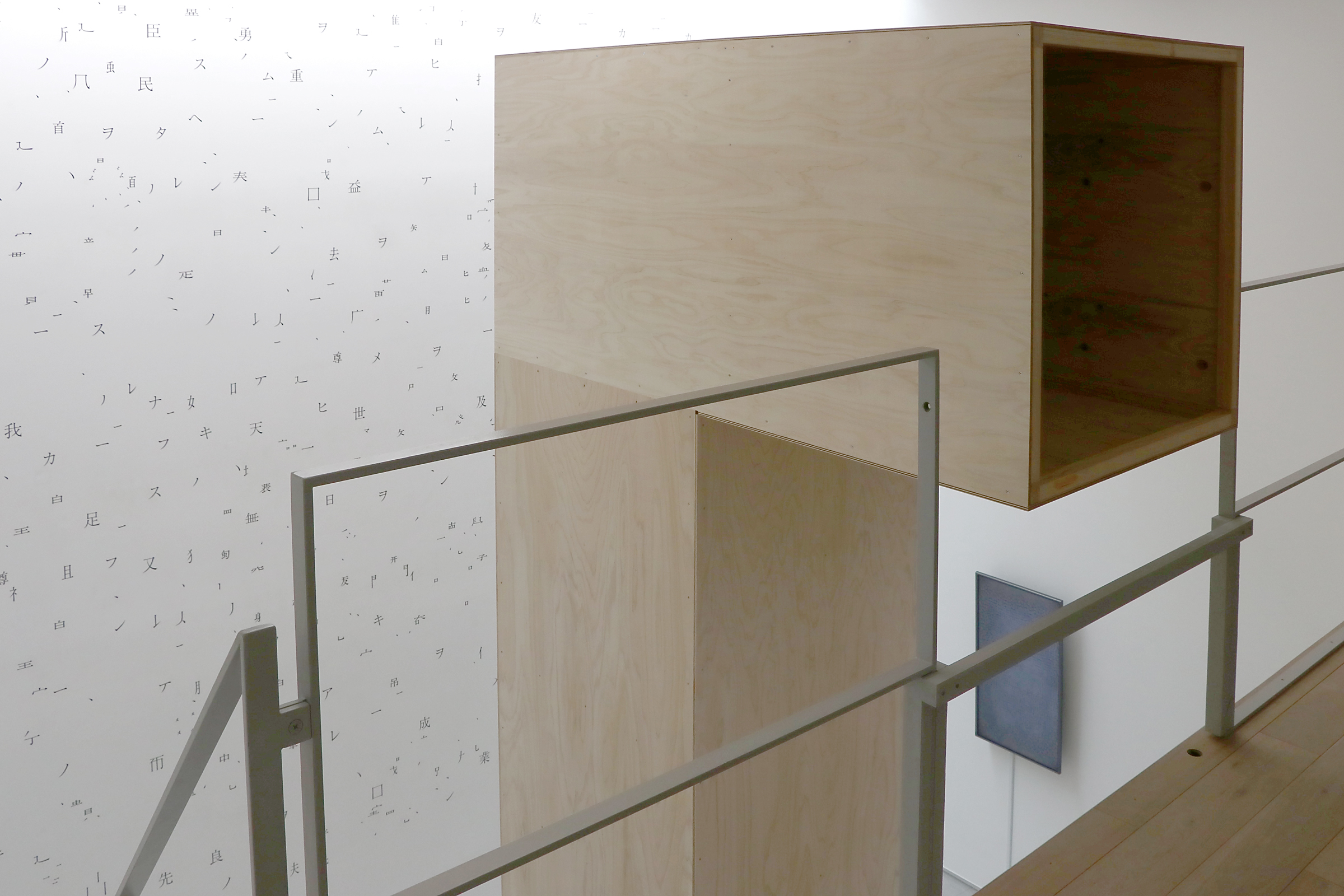 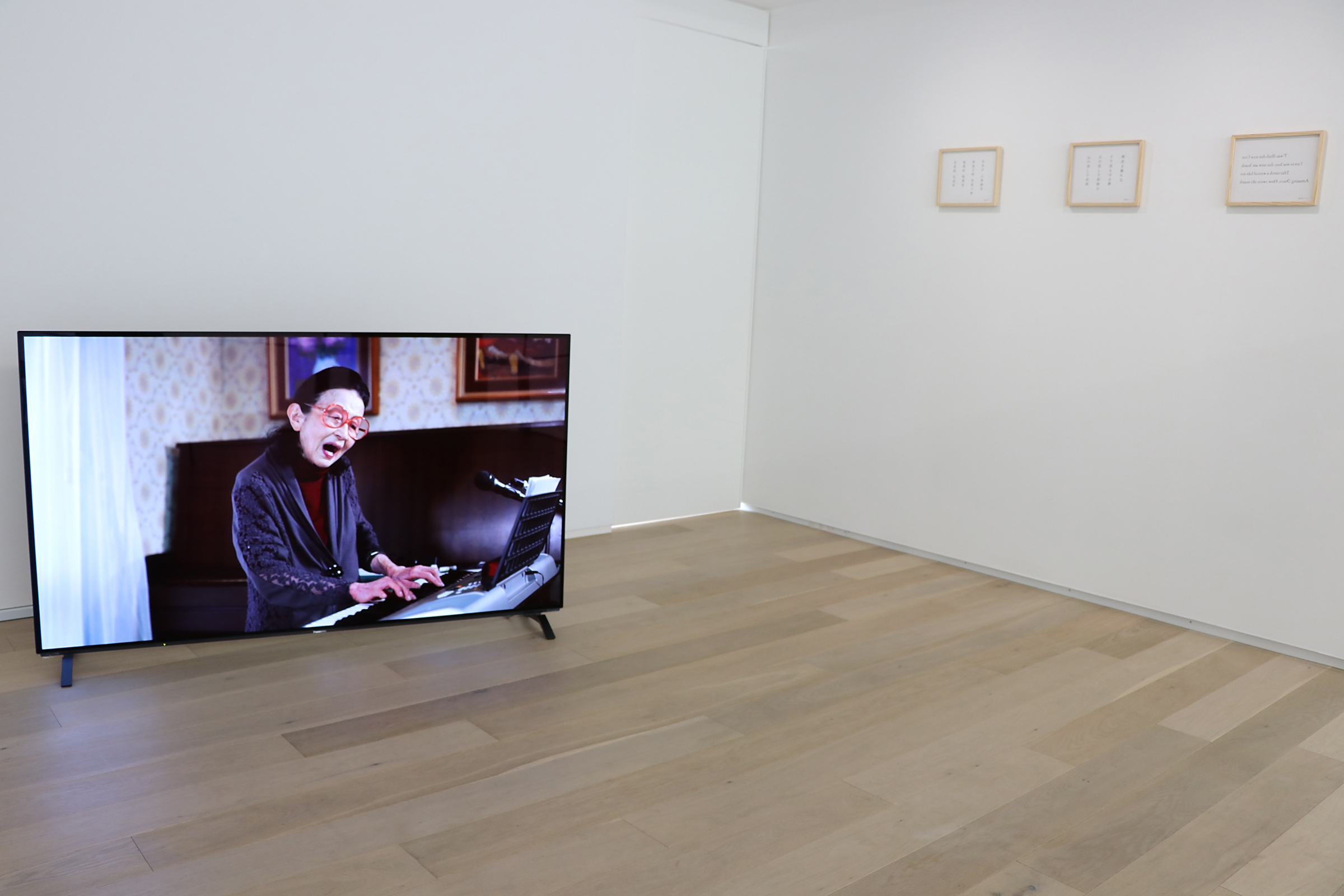 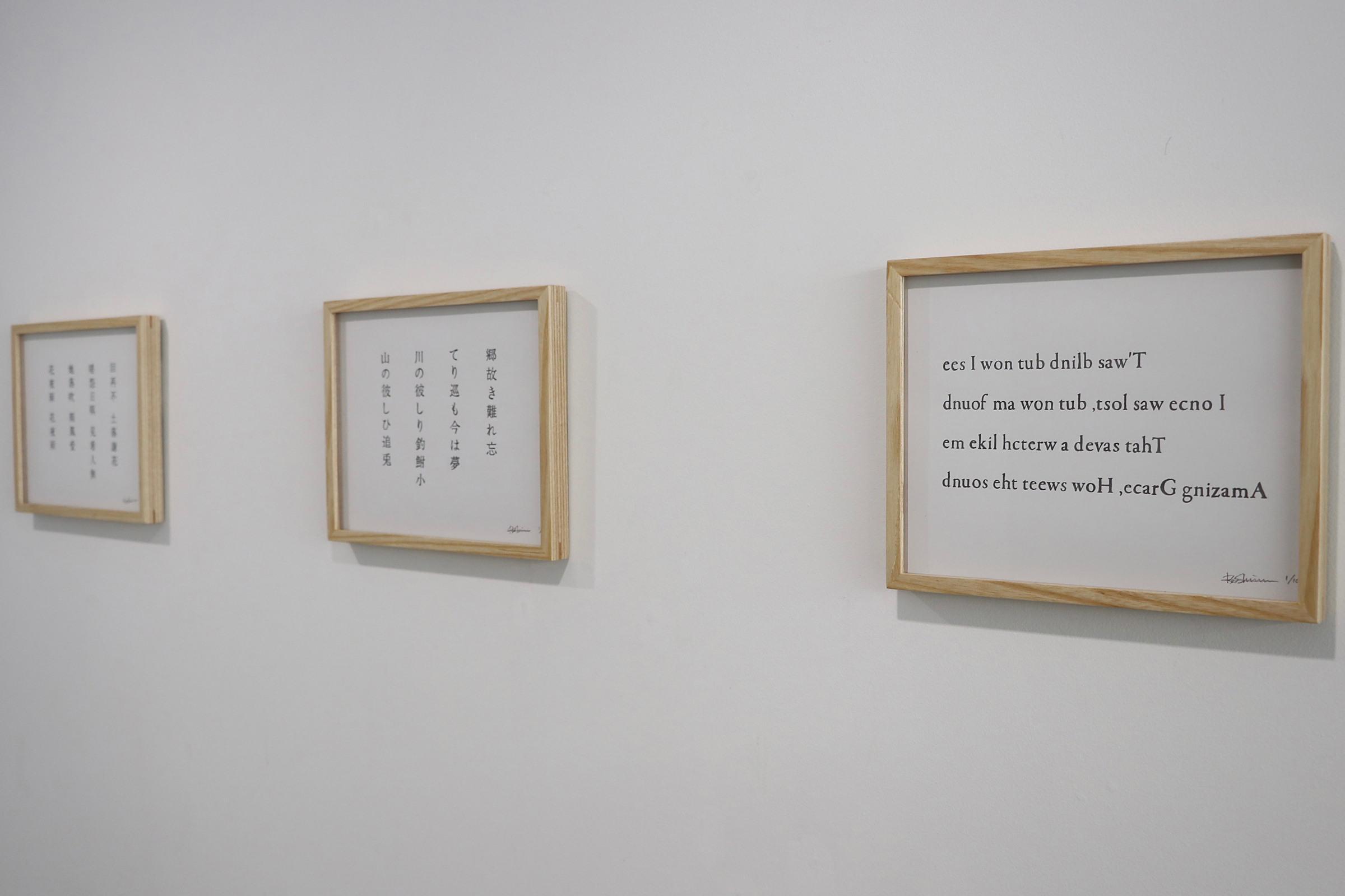 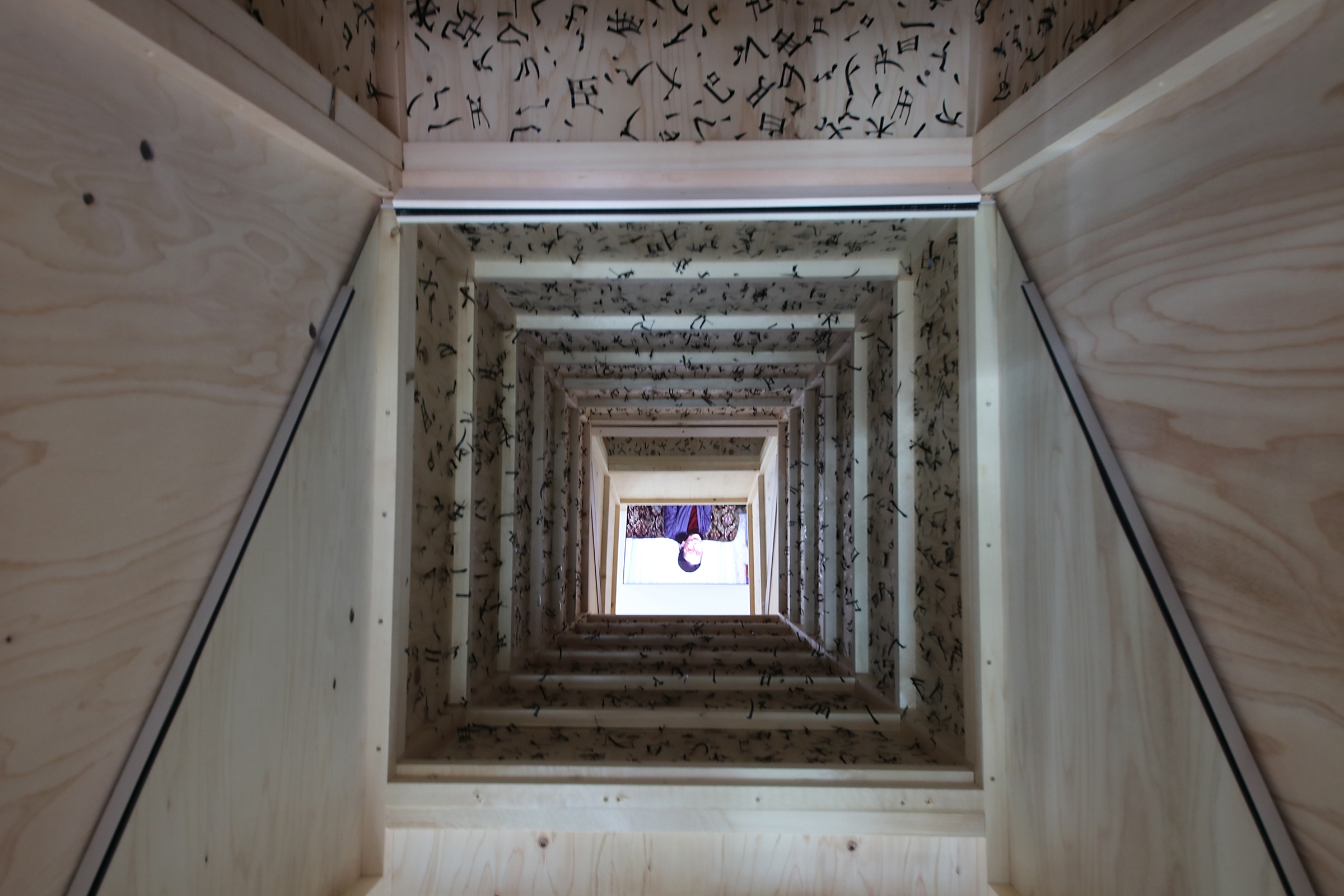 The title of this exhibition, "grassroots prophet" (nameless prophet) came from the idea that he thought of about “a reverse causal relationship”, that is, the past has no influence on the present or the future, and if the future is affecting the past, how ordinary people like us influence the past?A Chinese literary scholar, Shizuka Shirakawa argues in his book "Kanji(Chinese characters)" , “Kanji encloses a memory of the era of words far away before characters were born”. While Kanji and characters conceal such magical elements, and also it can be said that it is a tool that penetrate into everyday life or that is a symbol without consciousness. Shimizu handles characters as a material of creation because he thinks that "unconsciousness" or "atmosphere" that is lurking behind ordinary space from ancient times could be visualized.
In this exhibition, he mainly considers the interviews with “Wansei”(Japanese who was born in Taiwan during the Japanese colonial era) whom the artist met during in the artist residency in Taiwan. He will also show a session with a Wansei, Ms.Yoko Nakada, known as "Reverse singing grandma" and the video work using massive dices in the installation using the multi-layered structure of the gallery space.